The Non-Inhibit version of the TP20 has been designed to better perform than the Standard TP20 where probe operation is within a magnetic field. 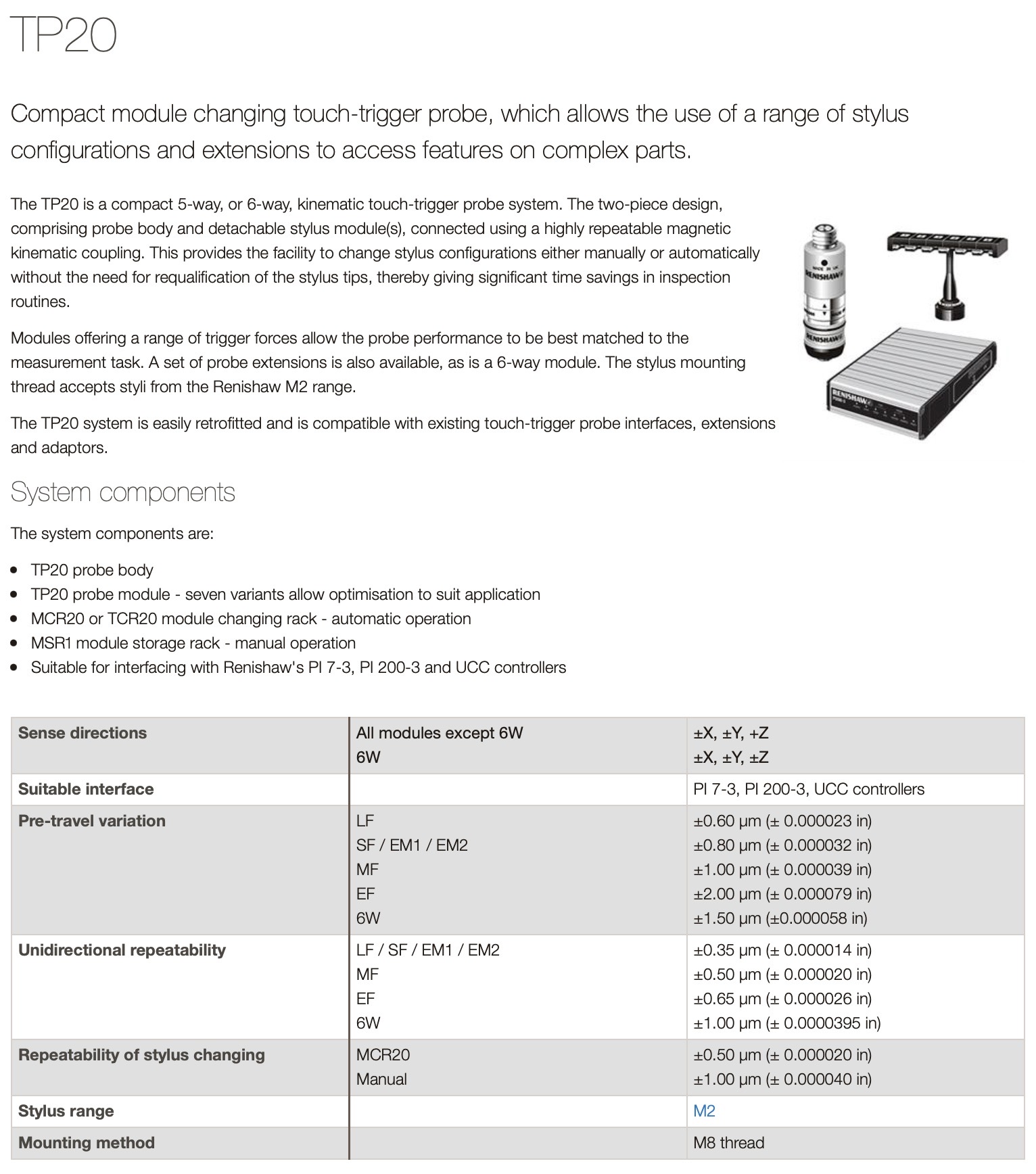 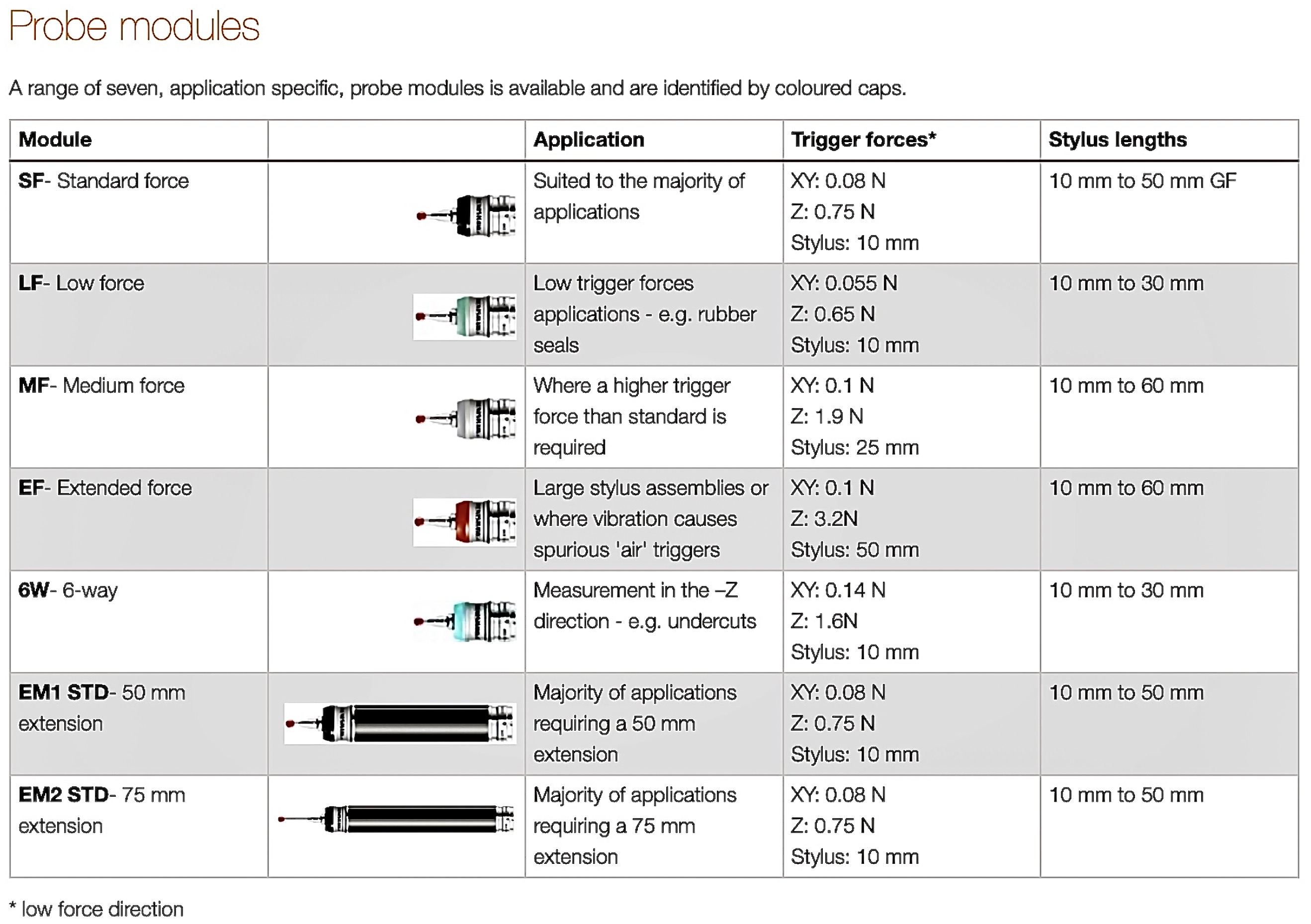 The TP20 is a compact 5-way, or 6-way, kinematic touch-trigger probe system. The two-piece design, comprising probe body and detachable stylus module(s), connected using a highly repeatable magnetic kinematic coupling. This provides the facility to change stylus configurations either manually or automatically without the need for requalification of the stylus tips, thereby giving significant time savings in inspection routines.

Modules offering a range of trigger forces allow the probe performance to be best matched to the measurement task. A set of probe extensions is also available. The stylus mounting thread accepts styli from the Renishaw M2 range. 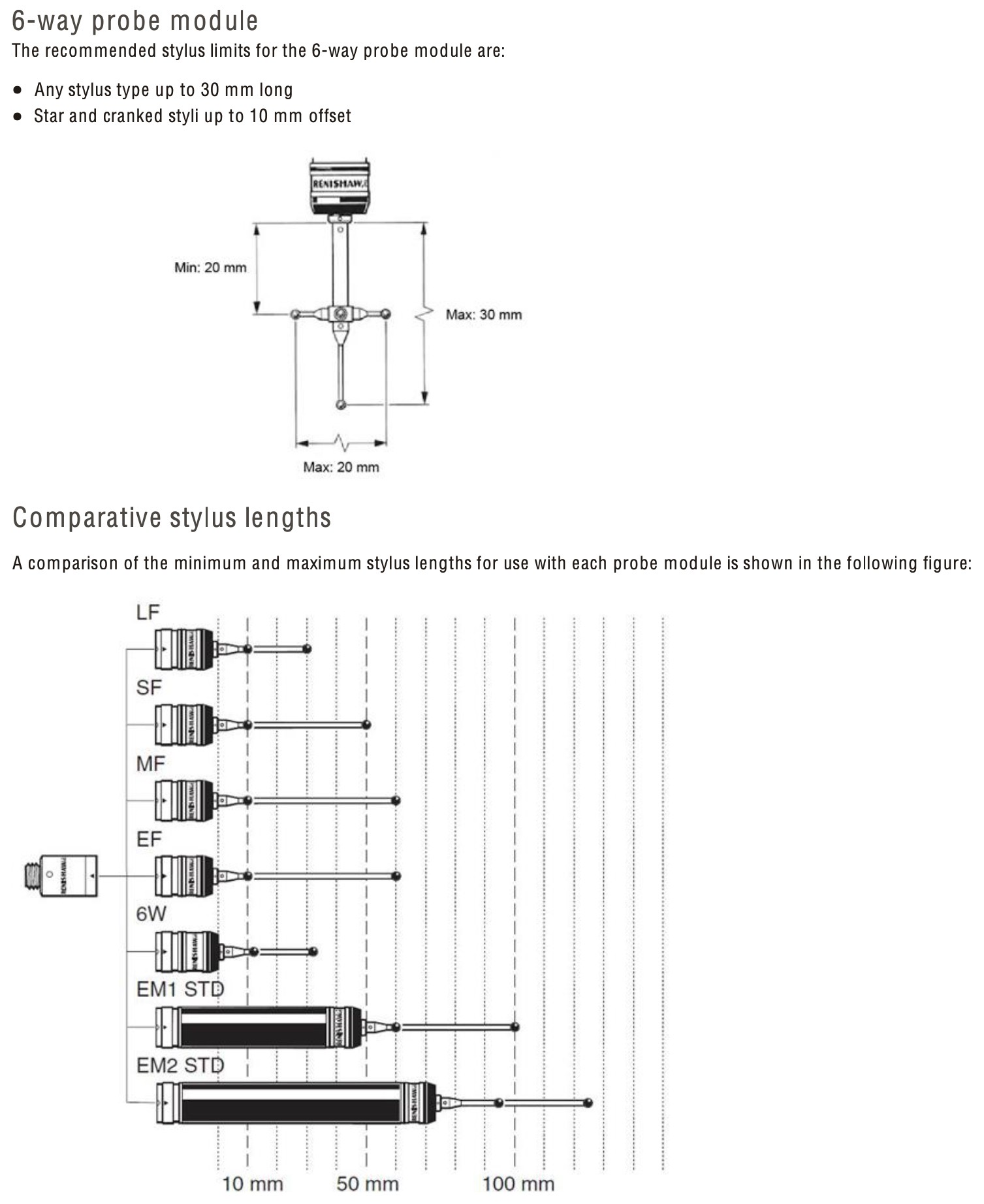 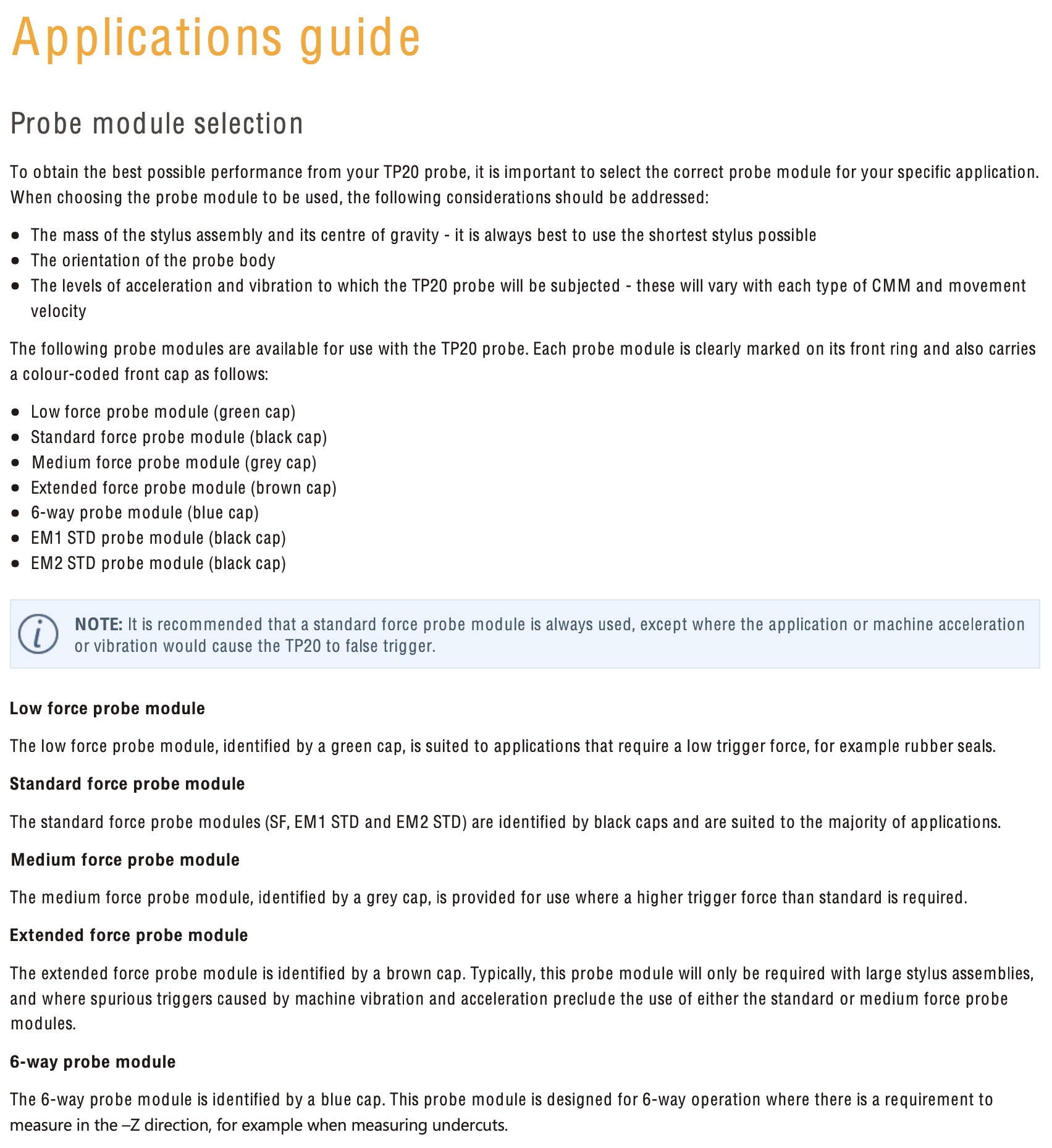 This is by far the best price you will find on a Renishaw TP20 NI Touch Probe Body, TP20 EM1 & EM2 Modules
New with 1 Year Warranty. Why pay retail prices when you can purchase new with warranty from Metrology parts.
Purchase with confidence from a Paypal verified retailer. If what you order is not what you receive you will be
refunded the full purchase price of this sale. Metrology Parts would like the opportunity to earn your business
for this sale and all of your future Renishaw needs. If you have any questions feel free to contact us. With 36 plus
years of experience with Renishaw products we can help with all of your application needs as well as your after
sales support.
×