How Scientists Use Metrology

It is a scientific discipline that deals with measurements, embracing both theoretical and experimental determinations at any uncertainty level in the field of technology and science. Technological and scientific advances need to have correct measurements and a system of agreed measuring units to ensure fairness in services, goods, and economic prosperity. Measurements have become an integral part of everyday life, and scientific-metrology comes in handy to make sure they are carried out in their purest form to ensure accuracy.

Every day, government regulators, consumers, and traders are forced to make critical decisions based on measurements that affect personal and economic well-being; hence, it remains a uniquely important endeavor. Aside from ensuring measurements are stable, it also sees to it that they are accurate and comparable and that there is confidence available at any stated level. Moreover, it aids in building consumer trust and confidence in what they purchase and improves their quality of life.

The International Bureau of Weights and Measures defines scientific-metrology as the science of measurement that embraces both theoretical and experimental dimensions at any uncertainty level in any field of technology or science. In simple terms, scientific-metrology generates frameworks and systems for quantification with more consistency contributing to more assurance in measurements. Generally, it establishes a common unit understanding that is vital to human activity. 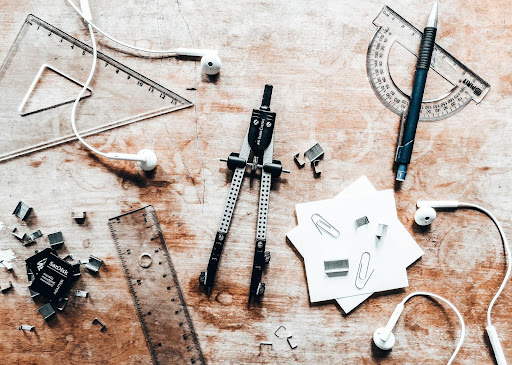 This required adopting standards to have a universal agreement about the correct measurement units to adapt to. However, there has been confusion throughout history about the right standards to adopt because the previously adopted standards have always been destroyed, corrupted, or changed.

There are nine identified scientific-metrology areas by the BIPM; these are:

This branch covers the establishment of measure units, quantity systems, and unit systems. It sets the standards adopted as physical quantity's definite magnitude. Technically, scientific-metrology is concerned with new measurement methods development, the establishment of measurement units, the realization of scientific measurement standards, and traceability transfer of these standards to the users existing in the society. The activities of this area include:

• Ensuring the internationally accepted measurement units have an established framework

• Peak measurement standards dissemination within an economy to the users in technology, industry, science, government, and the community at large.

Scientific-metrology is considered a top-level one that strives for the highest accuracy level in the metrological world. Through the development of the Avogadro project and Kibble balance, basic-metrology has enabled the production of a value of the Planck constant that has low enough uncertainty for a redefinition of the kilogram to be allowed. BIPM maintains a database of measurement capabilities and metrological calibration of institutes worldwide. The activities of these institutes are peer-reviewed, and their purpose is to facilitate metrological traceability by providing fundamental reference points.

A significant role is played by scientific-metrology in the redefinition of units because the physical constant's precise measurements facilitate accurate base unit definitions. As of May 2019, no base units are defined by any physical objects. This change in base unit motivation is to change the entire system into a derivable one from physical constants, which required the elimination of the kilogram prototype, the last artifact that the definition units depend on. So that the value of the kilogram is redefined without an artifact, the Planck constant's value has to be known to be twenty parts per billion.

This is the metrological part used in taxation, trade, safety, and public health and is the branch that takes care of the regulatory aspects of measuring instruments and measurements in general. It can also be described as the part that majors with activities resulting from concern measurements and statutory requirements, methods of measurement, and measurement units that are performed by competent bodies. The International Organization for Legal-Metrology was established with the aim of assisting in the harmonizing of regulations across local and especially national boundaries so that legal requirements do not inhibit trade.

The harmonization by the OILM ensures that the measuring device certification in one country is compatible with the certification of the measuring process in another country. This allows for the trade of the products and measuring devices to rely on them. In the US, scientific-metrology is enforced by each individual state and is governed by the Office of Weights and Measures of the National Institutes of Standards and Technology.

Also referred to as Technical or Applied-Metrology, this branch covers maintenance, calibration, and the quality control involved in measuring instruments found in the measuring industry.

Scientific-metrology is used in these fields to verify and validate pre-defined standards, which are the bedrock of industrial-metrology, with the testing and verification taking place against a recognized quality system by laboratories that are essentially certified. The quality and value of the end product are greatly determined by the production of good measurements in the industry and an impact of 10-15% on the cost of production.

A country's industrial and economic development greatly relies on industrial-metrology, and its economic status can be dictated by the country's condition industrial-metrology program. Although most of the emphasis in this area is dependent on the measurements themselves, the measuring device calibration traceability enables confidence in the obtained measurements. There must be mutual recognition agreements, peer review, or accreditation for metrological competence in the country.

Chemistry-Metrology is concerned with structured support system development based on measurement procedures and measurement standards via which the demonstration of metrological traceability of measurement results can take place. The birth and development of Chemistry-metrology are closely related to its special relationship with Physics-metrology. During the classical analytical chemistry period, learning about an efficiently-structured physical metrological system was necessary and fruitful.

Despite its importance and ubiquity, consensus still exists among philosophers on the appropriate means to define measurements, the conditions that make it possible, or what things are measurable and what cannot be measured. However, most contemporary authors are in agreement that measurement is an activity involving interaction with a concrete system, all with the aim of coming up with and representing aspects of the involved system in abstract terms. 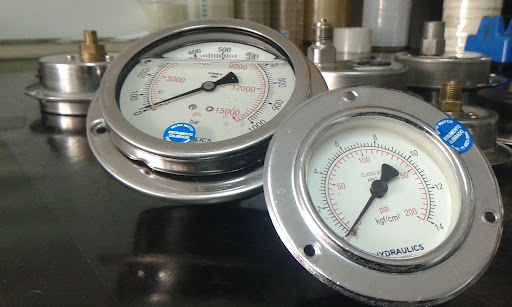 Metrology-Application for Scientists and Engineers

The quantitative design analysis based on the principles of sound scientific-metrology serves to help scientists and engineers to create better services and products. Data is analyzed, and physical measurements are made so as to evaluate multiple solutions to the design. Before commencing full scape production, predictions must be made on how efficiently the design will perform to its specifications. The predictions are made in the form of tests, and measuring in science is conducted using prototype models, designed experiments, computer simulations, scale models, stress tests, and non-destructive tests, among other evaluation modes.

There is keen decision-making for inspection, part quality, reverse engineering, and process controls through scientific-metrology. Getting products and services to the market faster and fine-tuning production depends on the accuracy levels of online inspection and how quickly it is conducted.

Some of the tools that engineers use to measure manufacturing processes and product dimensions include:

They can be mounted on robot arms or held and work by projecting a laser dot onto the product's surface, where real-time data capturing happens. A few seconds is enough to capture millions of reference points; hence laser scanners are an efficient tool for the measurement of complex geometrics or delicate products.

They feature a high precision that works by coming into contact with the surface of a part of the product to determine the critical dimension data and analyze if the resulting information is in accordance with the original CAD dimensions. Although they are highly accurate machines, they potentially slow down the rate of production because they require the physical removal of parts from the product line.

They can inspect the inside and outside parts of products and detect hidden internal flaws that are undetectable by a surface scan. They are not only highly accurate but also scan products rapidly, hence high production. Compared to most traditional CMMs that have their accuracy to the nearest ten thousand, a CT scan can potentially ensure there is accuracy to the millionth inch.

These scanners incorporate the principles of triangulation to project a light fringe pattern across the surface of a part of the product. Cameras can obtain a recording of different angles with the change in patterns during each scan to obtain 3D coordinate measurements. These 3D scans are able to capture up to 100 high-precision frames per second. The resulting 3D images show detailed complex geometric features of the product part, including any surface defects.

This is a measurement for larger objects like car bodies, sheet meat parts, and aerospace components. The targeted object is marked with reference points, and technicians walk around the involved object making surveys and readings using a digital, hand-held, and portable photogrammetry system that operates faster and gives out accurate 3D coordinate measurements. CMMs are also able to obtain measurements. However, they are slower and can make the process time-consuming and tedious.

This equipment serves to integrate measurement technology using machining tools on the same tool. Through laser sensors, component measurements can be obtained in real-time. The in-line ability to construct dimensions guarantees top quality because the variances are determined in real-time, and the needed adjustments are made. 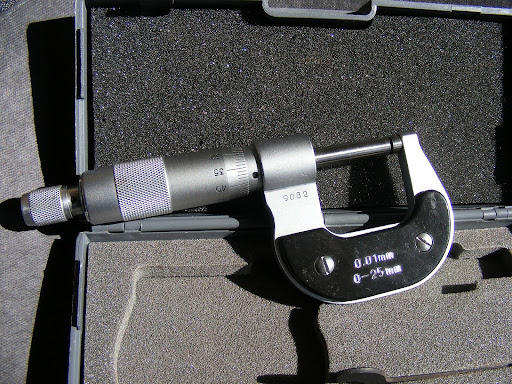 In digital twins, high-resolution 3D scanning equipment like CT scanners are incorporated to determine geometric data points in millions. The collected data points that are for a specific part are used to recreate an exact digital replica of that part, including the finest of flaws and micro features unable to be seen using the naked eye.

The advancement in technology and metrology-tools not only streamlines manufacturing operations but also facilitates improvement in the quality of manufactured parts. From the variables of the digital twin, manipulations are done to test adjustments to the process of manufacturing so that any found defects are eliminated, and operational efficiency is improved. In turn, this makes the production speed to be faster, better quality in the products produced, and a shorter transportation time is taken for the goods to be presented at the market.

Engineers find it easy to use hand-held 3D scanners to produce digital twins, and they play a major role in expanding engineering strategies and facilitating continuous process improvement and design possibilities.

Most of the advances in inspection technology have been made possible by the continual growth in programming and computing power. Software capabilities and data acquisition speed are making scientific-metrology rapidly evolve, which facilitates keeping up with smaller and more technical devices. Manufacturers especially rely on speed to avoid supply chain delays and that the production inspection rate is done faster and accurately without potential destruction.

Surely, metrology is at the core of all practical scientific endeavors and is important because it has become a part of everyday life, not to mention technology, practical science, medicine, and engineering, because they all possess measurements that humans rely on for commercial prosperity, health, environment protection and the general quality of life.

Through scientific-metrology, scientists are guaranteed stable scientific measuring, and there is a reduction in waste, well-functioning infrastructure, advancement in technology, and proper global agreement.

In a nutshell, scientific-metrology generates frameworks and systems for quantification that ensure timely assurance in all measurements.