Facts and Stats to Know about Metrology

For the most basic understanding, the study of metrology can best be described as the science of measurement. While this description can be at times stretched to cover every measurement one can think of, albeit mistakenly, the spectrum of metrology covers only measurements in physical dimensions. In the breadth of metrology, there are derivatives like the positioning and shape of entities in relation to each other.

Why You Should Spend Time Understanding Metrology

With the increased use of nanomaterials in most consumer technologies, there’s a consequently increasing need for developments in the field of scientific metrology that address the use of nanotechnology. From industry to policy making, to academia, the importance of measuring correctly and precisely cannot be overemphasized. One of the areas with probably the most reliance on metrology is the manufacturing industry.

Metrology has allowed the manufacturing industry to thrive from the days of the industrial revolution to the manufacturing marvels that we appreciate and enjoy to this day. For instance, in the motor vehicle manufacturing industry, metrology advances like the standardization of the measure of miles have been used to set industry guidelines for the control of wear and tear in vehicles. Over time, it has been agreed by manufacturers and consumers of motor vehicles alike that a hundred thousand miles are a good mileage for a vehicle to have before it’s declared as having warranted to be called in for wear and tear.

The History of Metrology

Regardless of the account through which you choose to look at the history of man, one way or the other, metrology will always be a part of the story. Though it may not have been accurately documented as man’s other exploits over time, advancements in the field of metrology have always been a part of man’s progress through time. From the perspective of early civilizations, the need and subsequent growth of the science of metrology can be attributed to men seeing the importance of their measurements agreeing with those of others.

While different early civilizations undoubtedly had their own measurement standards which worked for them, it wasn’t until the building of the great pyramids in 2900 B.C Egypt that there was a record of permanent widely accepted measurement standards. By decree of the pharaoh Khufu, there was to be a fixed unit of measuring length that was by means of the Royal Egyptian Cubit. In a rather personal touch by the pharaoh of the day, the Royal Egyptian Cubit was made of granite and was the length of the pharaoh’s forearm.

The first Egyptian Cubit measured from the elbow to the tip of the middle finger of Pharaoh Khufu, with this measurement being recorded as one of the earliest entries in the field of metrology and clearly outliving the pharaoh. Similarly, by the pharaoh’s decree, all other working cubits were to be made of wood and were to equal the length of the granite cubit with failure to adhere to this fetching one the death penalty.

Though some may deem this approach by Pharaoh Khufu as being rather excessive, one cannot downplay the immense success that the decree had in terms of revolutionizing the science of metrology. While ancient Egypt was and still is well known for its architectural marvels especially in terms of geometrical precision, the Egyptian cubit really played a part in making possible some of the creations that followed the decree. If the accuracy on the measurements of the great pyramids is anything to go by, the Egyptian cubit decree was a true game-changer given that there was no deviation of more than a twentieth of a percent on the side lengths of the pyramid’s square base.

As history would come to show, for what Pharaoh Khufu did with his Egyptian cubit decree that was a major contribution to metrology, his priests failed by being unable to preserve the sacred cubit. This failure by the pharaoh’s priests to preserve the sacred Egyptian cubit after his demise is what historians record as having been attributed to the creation and use of cubits of different lengths later on.

Metrology from the Roman Mile to the Medieval Metrics

The Roman Empire’s contribution to the field of metrology was in the form of the Roman mile. Measured as a thousand paces between any two points, the Roman mile was arrived at as a result of advancing Roman armies placing markers in the form of carved sticks after every one thousand paces. There were further iterations and standardizations of the Roman mile with some changes in regime. The standardizations were considered warranted due to factors like terrain which would greatly affect the accuracy of the markings.

Similar to the Egyptians, the Romans were great Master of Architecture, and the payout from their contributions to the science of metrology could be seen from their vast networks of aqueducts and paved roads. To point out the existence of standard measurement systems in the Roman Empire, historical records show that there was simultaneous construction carried out which could only have been possible with the presence of a standardized metrological system.

During medieval times, one of the biggest drawbacks to the distribution and exchange of scientific and industry knowledge was the lack of a universally accepted and standardized set of measurements. Though there existed a variety of cultural or regional units and sets of measurements, there are records of similar measurements being used across regions of England and Italy albeit not in a shared metrology setting.

The Impact of Metrology on The Industrial Revolution

The Industrial Revolution is considerably one of the largest and most impactful by-products of the adaptation of globally accepted measurement standards. In the absence of accurate and agreed-upon measurement systems, fuels of the industrial revolution like distributed industries, assembly lines, and mass production of commodities would not have been possible.

Diplomatic rivalries and coalitions during the age of the industrial revolution also played their part in dictating which measurement systems were used by who. Due to the diplomatic differences between the French and the English at the time, this led to the latter adopting the British imperial system of units with the Weights and Measures Act of 1824. Though the Weights and Measures Act has long served its purpose and metrology has seen growth in globally accepted measurement units, some imperial measurements like pints are still being widely used to this day by the British.

Simply known worldwide as the SI units, the Système International d'Unités (SI) is a set of seven base units that were adopted globally by the General Conference on Weights and Measurements (CGPM). Through these seven base units, most aspects of nature and therefore other units can be derived. The units were adopted in 1960 in an effort to ensure global standardization and the use of a practical and functional measurement system.

The need for the SI units or anything of its kind was inspired by the growing need in the 20th and 21st centuries for a globally acceptable and functional metrology system that would provide a technical basis and foundation for scientific collaboration.

The seven base SI units are:

The Metre Convention of 1875

The Metre Convention (Convention du Mètre) is an internationally accepted treaty that was signed on 20th May 1875 by 17 nations (The USA, Russia, Germany, France, Italy, Norway, Sweden, Spain, Portugal, Brazil, Peru, Belgium, Argentina, Denmark, Austria-Hungary, Switzerland, Venezuela, and the Ottoman Empire). Through the convention, there was a treaty that formed the basis for a set of internationally accepted measurement systems.

First signed in Paris in 1875, the convention was later on slightly revised in 1921 to add on to the mandate of the International Bureau of Weights and Measures (Bureau International des Poids et Mesures) whose job among other things was to oversee how the agreements in the Metre Convention were put into effect.

Globally, the United States is one of the few countries which still uses the Imperial measurement system. The Imperial measurement system has its origins in the British Imperial System which was the traditional means of checking weights and measures officially in Great Britain. The reason for the United States being one of the few remaining users of the Imperial units system is because since Great Britain adopted the metric system, the adoption was taken up by all its colonies and most of its allies.

As a show of its independence from Great Britain, the coalition of the new American colonies unilaterally decided to stick to using the Imperial unit system. This unwavering use of the Imperial measurement system by the new America came amid the quick and widespread adoption of the metric system by most other nations in the world. While most technological advances are thanks to proper metrology over the years, technology itself has played a big part in the advancement and adherence to the metrological principle of having a globally accepted set of measurement systems. A case in point is the ease with which it is now easy for people collaborating on a global scale to work with both the metric and imperial unit system. 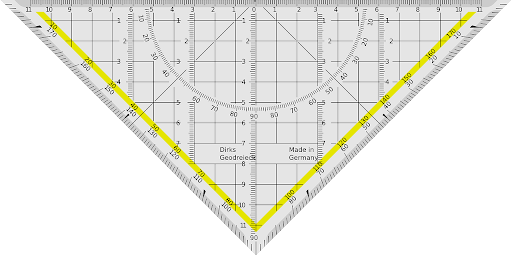 While the field of metrology seems exceedingly broad, there are three major types of metrology that are accepted and used in different fields.

Scientific metrology is largely research-oriented and is used in part to set a basis for newer developments and measurement methods. On this basis, these ever-advancing measurement regimes are transferred for use by regular users once they’ve undergone standardization. While the abstract metrology tasks for scientific metrology are conducted and coordinated by state laboratories and entities like the National Institute of Standards and Technology (NIST, USA), they’re not responsible for standardization. To ensure fair-play and international level collaborations when needed, standardization of scientific metrology is handled by the International Organization for Standardization (ISO) in partnership with the Versailles Project on Advanced Materials and Standards (VAMAS).

Applied or Industrial Metrology is largely centered on manufacturing processes and the use of suitable measurement modules in different instruments wherever they apply. From an end consumer’s perspective, applied metrology can be described as probably one of the most important types. This importance can be easiest seen once standardization measures are put in place and different manufacturing players are able to deliver to a dynamic demographic of consumers products that are adaptable.

Unlike the other fields of metrology, legal metrology operates in domains that are not physical but rather have equally as much weight and influence on their respective fields of enforcement. Legal metrology is considerably the last straw when it comes to the implementation and adherence of the set measurement guidelines that aim to ensure there’s focus on the end-user protections.